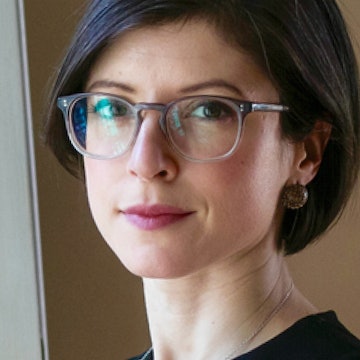 Dr. Polyakova is a recognized expert on transatlantic relations with over a decade of leadership experience and deep expertise on European politics, Russian foreign policy, and digital technologies. Before joining CEPA, she was the Founding Director for Global Democracy and Emerging Technology at the Brookings Institution. Previously, she served as Director of Research for Europe and Eurasia at the Atlantic Council, where she developed and led the institute’s work on disinformation and Russia.

She has held numerous prestigious fellowships, including at the National Science Foundation, the Woodrow Wilson International Center for Scholars, the Social Science Research Council, and the Fulbright Foundation, among others. She also serves on the board of the Free Russia Foundation and the Institute of Modern Russia and is adjunct professor of European studies at the Johns Hopkins School of Advanced International Studies (SAIS). Dr. Polyakova holds a Ph.D. and MA in Sociology from the University of California, Berkeley, and a BA in Economics and Sociology from Emory University. She is fluent in Russian and German.

Combatting the Rise of Digital Authoritarianism

Watch
As the FOC celebrates its 10th anniversary, the global trajectory with respect to its core mission of protecting freedom online is moving in a negative direction. This session will pose questions to panellists to discuss how the FOC can develop a strategic plan to combat the spread of digital authoritarianism and the role it should play in confronting the existential threat to democratic values-based governance in 21st century digital society.
Freedom Online Coalition Ulkoministeriö Utrikesministeriet
Terms of Service