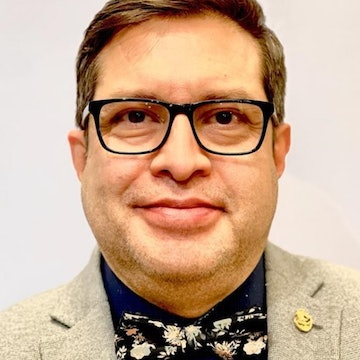 Ambassador of Mexico to Finland

Ambassador Céspedes-Oropeza has been a career diplomat of the Mexican Foreign Service for 35 years, holding the rank of Ambassador. He has a bachelor’s degree in Economics from the Autonomous Technological Institute of Mexico (ITAM), and a master’s degree in International Public Policy from the School of Advanced International Studies (SAIS) of the Johns Hopkins University in Washington, D.C. He has a master’s degree in National Security and Defense, awarded by the University of the Army and Air Force of Mexico.

In educational expertise, he has been a visiting professor and diplomat at the American University, in Washington, D.C., United States of America.

At the Ministry for Foreign Affairs of Mexico (S.R.E) he has served twice as Director General for Global Issues, responsible for various issues in multilateral organizations such as environmental issues, organized crime, drug trafficking, terrorism, among others. In addition, he has worked in the Directorate General of Consular Affairs, in the Undersecretariat for Multilateral Affairs and in the Coordination Advisory to the Head of the Ministry of Foreign Affairs. In that office, he was in charge of Crisis Coordination until his appointment as Ambassador of Mexico to Finland.

Watch
This interactive session will enable panellists to discuss varied digital inclusion efforts in their unique contexts in order to together derive a more nuanced view of digital divides and inclusion efforts. It will enable participants to draw on empirical lessons from research and practice to recalibrate their focus on promoting access to rather promoting meaningful, equitable access - or digital equality - while also addressing the risks that accompany access to and use of digital technologies.
Freedom Online Coalition Ulkoministeriö Utrikesministeriet
Terms of Service