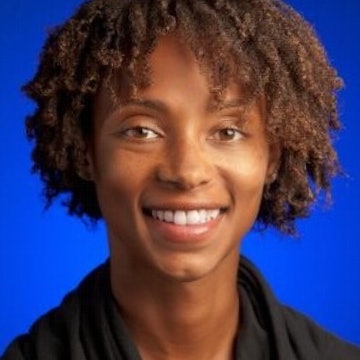 Halimah DeLaine Prado is General Counsel at Google, leading the company’s world-class legal team, advising on some of the most complex and important legal issues of the digital age. Prior to that, Halimah was a Vice President of Legal. In this role, she managed the Products and Agreements Legal team, a global legal team responsible for the product and commercial counsel advising of Google’s products, including Ads, Search, Cloud, Hardware, Platforms & Ecosystems, and YouTube. She has been with Google since 2006.

Prior to joining Google, Halimah practiced media law and products liability law at Dechert LLP and Levine Sullivan Koch and Schulz, which has since merged with Balllard Spahr. She also clerked for the Honorable Mary A. McLaughlin of the United States District Court for the Eastern District of Pennsylvania. Halimah obtained her J.D. from Georgetown, and her undergraduate degree from Yale.

Combatting the Rise of Digital Authoritarianism

Watch
As the FOC celebrates its 10th anniversary, the global trajectory with respect to its core mission of protecting freedom online is moving in a negative direction. This session will pose questions to panellists to discuss how the FOC can develop a strategic plan to combat the spread of digital authoritarianism and the role it should play in confronting the existential threat to democratic values-based governance in 21st century digital society.
Freedom Online Coalition Ulkoministeriö Utrikesministeriet
Terms of Service