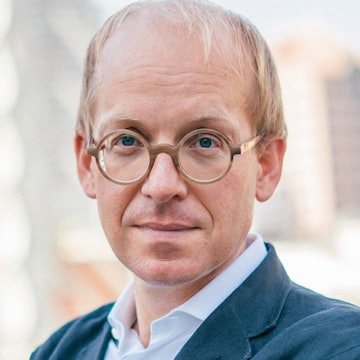 Martin Rauchbauer is the first Austrian Tech Ambassador in Silicon Valley, Co-Director of Open Austria, and Austrian Consul in San Francisco. As an Austrian diplomat, Martin was sent to San Francisco in 2016 in order to open and establish his country’s first innovation outpost in Silicon Valley. Martin’s office helps Austrian entrepreneurs, scientists, researchers, and creative minds to connect with the biggest innovation ecosystem in the world.

Open Austria engages in tech-diplomacy, a strategic dialogue with the tech industry on the global governance of new technologies such as artificial intelligence (AI) and blockchain. Martin has served in many capacities due to his passion for tech-diplomacy, including but not limited to teaching “Digital Diplomacy” at the Diplomatic Academy in Vienna and holding the local San Francisco chair of the European Union in 2018. He co-founded EUNIC Silicon Valley and art + tech + policy network The Grid together with his Open Austria colleague Dr. Clara Blume.

In addition to his diplomatic career, Martin worked as a journalist for Austrian Radio and Television (ORF) and the Viennese weekly news magazine “Format.” Martin received his M.A. in International Relations and International Economics from the School of Advanced International Studies (SAIS) at the Johns Hopkins University in Bologna, Italy, and Washington D.C. He also holds a degree in Philosophy and German Studies from the University of Vienna.

Watch
In this session, representatives from a range of key stakeholders will come together to take a closer look at three important considerations for developing content regulation -- transparency, scope of application, and cross-border impacts -- and examine different approaches to each, in particular with respect to the implementation of the State duty to protect human rights in preventing possible infringements of the freedom of expression online.
Freedom Online Coalition Ulkoministeriö Utrikesministeriet
Terms of Service