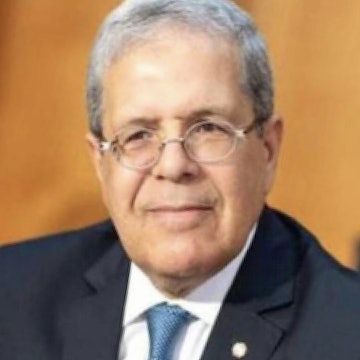 The Minister of Foreign Affairs, Migration and Tunisians Abroad, Mr. Othman Jerandi, has been re-appointed as head of the Department of Foreign Affairs on October 11, 2021. He benefits from a rich diplomatic experience spanning more than 30 years.

On April 8, 2020, Mr. Jerandi was appointed First Adviser to the President of the Republic, in charge of diplomatic affairs, before being in charge, a few months later on September 2020, of the Foreign Affairs portfolio.

Othman Jerandi held the same post between March 2013 and January 2014 in addition to high-level diplomatic posts in several Arab, African and Asian capitals and at the United Nations :

• 2010 - 2011: Ambassador Extraordinary and Plenipotentiary of Tunisia to the Kingdom of Jordan

• 2002 - 2005: Ambassador Extraordinary and Plenipotentiary of Tunisia to the Republic of Korea (Seoul)

• Mars 2002: elected Chairman of the commission on the Status of Women (CSW), an organ of the Social and Economic Council (ECOSOC) for two consecutive Sessions

• 1998 - 2000: Director of Political, Economic and Cooperation Affairs with Africa and the African Union

• 1994 - 1997: Ambassador Extraordinary and Plenipotentiary to the Republics of Nigeria, Ghana, Sierra Leone and Liberia with residence in Lagos

• 1990 - 1994: Counsellor to The Permanent Mission of Tunisia to the United Nations, New York in charge of the Security Council and Political issues