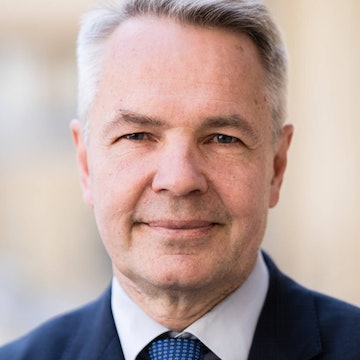 The Minister for Foreign Affairs, Finland

He has gained wide experience of various areas of foreign policy, for example, while chairing the UN Environment Programme (UNEP) Task Forces on environmental impacts of war in the Balkans, Afghanistan, Iraq, Liberia, occupied Palestinian territory and Sudan. He has also worked as the EU Special Representative for Sudan and Darfur, Special Advisor for the UN (ASG) in the Darfur peace process, and Special Representative to the Minister for Foreign Affairs in African crises.